How Acupuncture Can Help With Your Diabetes

A study published by the Healthcare Medicine Institute found acupuncture can effectively decrease symptoms of diabetes. This study actually looked at two clinical trials and determined both showed improvement for the participants. The first trial focused primarily on the usage of acupuncture, 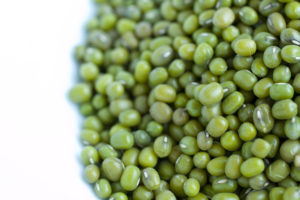 coupled with moxibustion. The second trial aimed to study diabetic gastroparesis and how it can be treated using acupuncture. Both trials concluded the overall symptoms of diabetes sufferers can be greatly decreased through the use of acupuncture and Traditional Chinese Medicine. The trial that used both acupuncture and moxibustion yielded an 84.78 percent efficacy rate for those diagnosed with yin deficient diabetes and a 69.75 percent efficacy rate for those diagnosed with yang deficient diabetes.

Diabetes is now labeled as an epidemic in the United States, with nearly 29 million Americans suffering from the disease and another 86 million on the verge of becoming diabetic, as they deal with prediabetes. According to the Centers for Disease Control, diabetes is the seventh leading cause of death in the United States and the leading cause of kidney failure, lower limb amputations and adult-onset blindness.

Diabetes is caused by dysfunction of the pancreas. There are two forms of diabetes, type 1 and type 2. Type 1 diabetes is a chronic condition in which the pancreas produces little or no insulin. Type 2 diabetes is the most common and it affects the way the body processes blood sugar or glucose. While Type 2 diabetes is usually reversible through proper diet and exercise. The usual treatments include daily injections of insulin and blood sugar monitoring. But due to the standard American diet (SAD), many people in the U.S. are constantly struggling and unfortunately, losing the battle. This is where TCM may be able to help.

In numerous studies, TCM has been shown to lower blood sugar levels, decrease the symptoms of polyphagia (urge to eat constantly), polydipsia (excessive thirst) and polyuria (excessive urination), improve microcirculation and enhance blood flow to the peripheral areas of the body.

Acupuncture, one of the many modalities used in TCM, uses hair-thin, solid needles to trigger the body’s regulatory systems that then release chemicals that stimulate the secretion of hormones, reduce pain and inflammation and help the body restore homeostasis. The blood glucose lowering effects of acupuncture are due to the down-regulation of cortisol. Cortisol is a stress hormone that encourages the liver to create glucose, which is thought to be the reason that insulin sensitivity is increased.

Another facet of TCM that can help greatly with diabetes patients is diet and herbal formulations. There are many foods and herbs that have showed significant hypoglycemic action. These include mung beans, rehmannia, astragalus, lycium bark and fruit, ginseng and even asparagus root.
TCM offers hope for those suffering from diabetes without the adverse side effects frequently associated with the prescribed medications. If you or somebody you know suffers from diabetes, consider making an appointment at our Portland area office to see what acupuncture can do for you.