Home » Blog » Could this Body Part Explain How Acupuncture Works?

How does energy move through the body? Can it be scientifically measured? And how might energy healing be the future of medicine? These questions and more are at the heart of Energy Medicine, the new book by acupuncturist Well+Good Council member Jill Blakeway, DACM, LAc. Here, in an exclusive excerpt, she explores why fascia—the connective tissue underneath the skin—are so fascinating. 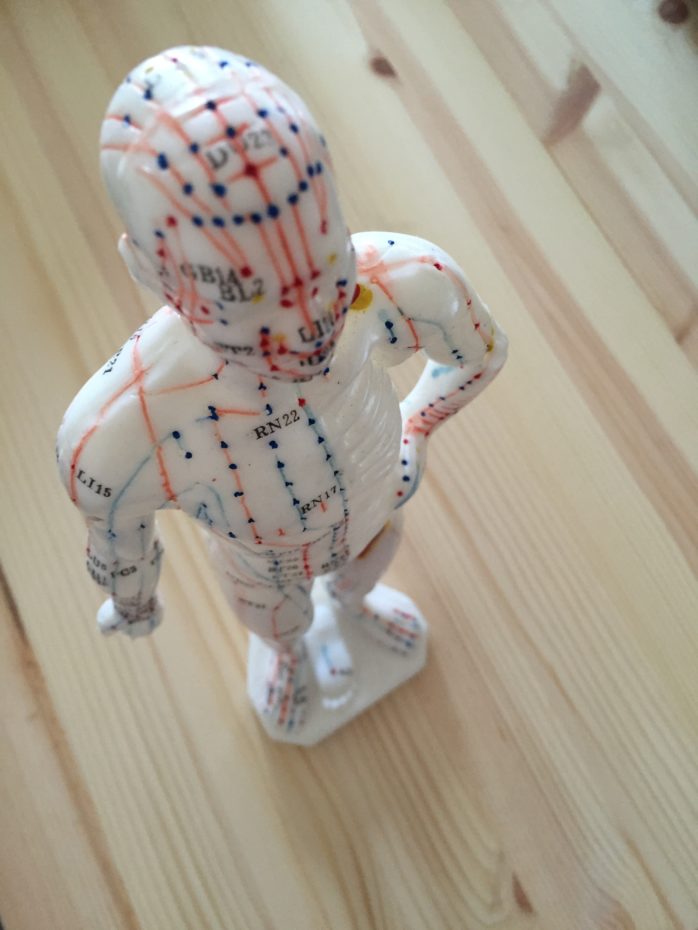 Thousands of years ago, the Chinese identified energy channels (sometimes referred to as meridians), a kind of highway that can be mapped within the body along which the acupuncture points exist. The concept of energy channels and the points that access them sounds esoteric and has often been dismissed as myth or metaphor. But recent research suggests that not only do they exist, but they’ve been right in front of our eyes all along.

Helene M. Langevin, a clinical endocrinologist who was curious enough about her patients’ interest in acupuncture that she took a course in Chinese medicine and then carried her newfound skills into the lab with her at the department of neurology at the University of Vermont College of Medicine, led a study that found a measurable “pull out force” after every needle grab. And the strength of this grab was, on average, 18 percent higher when measured at acupuncture points as opposed to non-acupuncture points. The needle grab is more vigorous at these points because they are more conductive of electrical energy.

Perhaps more crucially, however, Langevin and her colleagues found, experimenting with acupuncture on a piece of rat abdominal wall, that when they rotated the needles the connective tissue underneath the skin became “mechanically attached.” Writes Langevin: “Even a small amount of rotation caused the connective tissue to wrap around the needle, like spaghetti winding around a fork.” Langevin also found that the tissue remains stretched in this way for the duration of the acupuncture treatment, causing chemical changes at a cellular level that increase electrical conductivity.

Connective tissue, long underplayed by western medicine and science, has recently become of interest, particularly among molecular and physiological researchers, as new evidence has demonstrated that such stimulation to the connective tissue can be sensed at a cellular level, decreasing chronic inflammation, reducing pain and even potentially inhibiting the growth of cancer cells or fibrotic tissue.

Connective tissue is everywhere inside of us—“one could draw a line between any two points of the body via a path of connective tissue,” Langevin points out. And it has many functions: it holds organs in place, offers a path for nerves and blood vessels, stores energy and attaches muscle to bone, and, yes, conducts electricity. The latter ability is thanks to a critical component of connective tissue: collagen. There are layers of water bound to collagen fibers that form a uniquely conductive pathway, allowing an electrical charge to travel rapidly throughout the body.

In his book The Spark in the Machine: How the Science of Acupuncture Explains the Mysteries of Western Medicine, British surgeon and emergency medical specialist Dan Keown explains that a specific form of connective tissue, known as the fascia, may well explain the way in which the electrical charge generated at the acupuncture points travels deep into the body.

Fascia underpins our skin; it also attaches, stabilizes, encloses, and separates muscles and other internal organs. It is also extremely strong, “so strong,” as Keown points out, “that in the days of Björn Borg and John McEnroe, professional players’ tennis strings were made from the fascia from the gut of a cow.” Fascia is impenetrable to almost all biological substances; it is so impassable that it becomes a kind of slide, or slippery pathway, for a number of things in our bodies: water, air, blood, and even electricity. In fact, not only is fascia an electrical conductor and resistor, capable of transmitting electrical signals throughout the body, but it can also, amazingly, generate its own electricity.

Fascia, then, it is theorized, is the conduit for electrical energy, or qi, as it travels throughout our bodies. “These pathways of fascia have been detailed beautifully by anatomists,” Keown points out, “only they were not describing the fascia but the tissues that they enclosed.”It is even a principle of surgery to cut along the fascial planes—conscious always not to cut into the fascia unless absolutely necessary as it leads to an increased risk of adhesions, essentially cutting across the body’s system of organization— without realizing that these pathways are not simply there to make their incisions easier. “When the West talks of fascial planes, the East talks of acupuncture channels,” Keown writes. “There is no contraindication in these two views; it is just a question of interpretation. The West may still have no comparable force to [qi], but that is only because it has not attempted to explain the holistic power behind embryological self-organization.”

Incidentally, fascia also plays a key role in demystifying an anomaly that sometimes occurs in acupuncture research. In some studies, researchers use “sham acupuncture”—which can mean administering needles at non–acupuncture points or using retractable needles that do not penetrate the skin—to measure its effects against “real” acupuncture. In some of these studies, legitimate acupuncture only works slightly better than its sham counterpart, leading some researchers to conclude that acupuncture, in general, is nothing more than a placebo. However, given the conductive nature of fascia, needling anywhere along a fascial plane should have some conductive effect, if not as strong as when treating at the accurate points. As for the needles that don’t penetrate the skin, acupressure or shallow needling can create a small oscillation that stimulates the electrical activity enough to mildly activate the acupuncture points.

For more information on acupuncture to make your appointment, contact us at our Portland area office.